This article or section is a stub. You can help the Heybot! Wiki by expanding it!

Heybot! is a Japanese animated series from Bandai Namco Pictures that began airing on September 18, 2016 on TV Asahi every Sunday.

A Heybot! manga is serialized on Gekkan CoroCoro Comic. The first chapter was published on September 2016.

Heybot! Hebo Hebo! Heybotournament! is a puzzle game released for Nintendo 3DS in 2016.

Besides the main line, Heybot! also has candy toys, gashapon and Carddass. 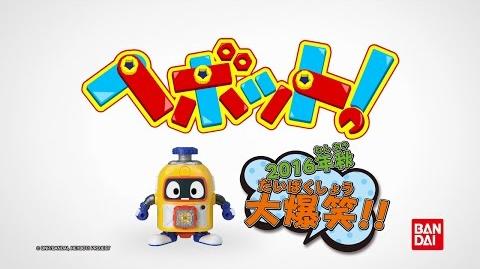 Retrieved from "https://heybot.fandom.com/wiki/Heybot!?oldid=611"
Community content is available under CC-BY-SA unless otherwise noted.